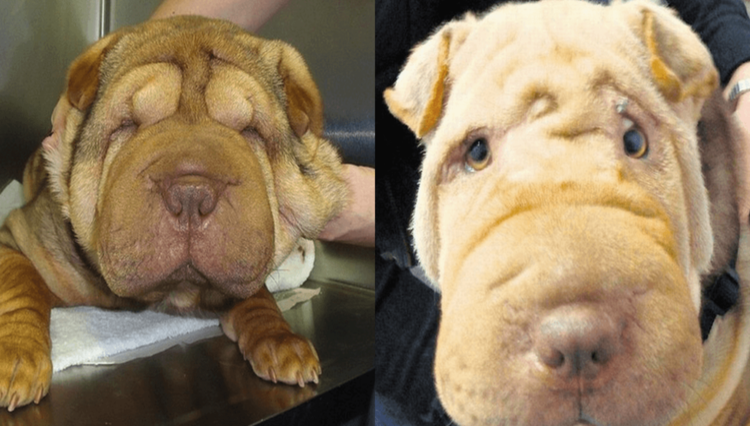 Why should humans have all the fun, uhmm, and good looks? If humans go for cosmetic surgery to correct a crooked nose or thin lips, or undergo liposuction, dogs also have their own set of such nip-tuck procedures.

There are Botox shots to lift up the ears of a Doberman, nose jobs, face-lifts and, lo and behold, testicular implants, such as Neuticles to help neutered pets regain their masculinity. According to acclaimed São Paulo-based veterinarian and plastic surgeon, Edgard Brito, his procedures are intended to make pets more lovable to their owners. Apparently, he gives Botox shots in the ears of Dobermans and other breeds for a firmer look.

But it’s not just about good looks or aesthetics. Many pets go under the knife for cosmetic procedures to get relieved of painful health conditions. This is especially in vogue among popular breeds, such as French Bulldogs, Pugs and Shar-Peis. So much so, procedures that may be perceived ridiculous in humans, including eyelid lifts and tummy tucks, deliver crucial medical benefits in dogs.

Formerly-obese dogs have excess skin procedures after drastic weight loss to tighten the skin. In some breeds, wrinkles are a repository of bacteria, resulting in infections. Furry dogs may get affected in their eyes, and some may have to undergo entropion surgery – to stop the eyelids from rolling inward and scratching the cornea.

Apparently, Americans lavished around $69 billion on their pets last year, as estimated by the American Pet Products Association. About seven years ago, people spent $62 million on plastic surgery for their pets, according to animal insurance company, Petplan. These procedures can typically cost from $150 to $200 for an eyelid lift to several thousand dollars for more complicated ones.

“The pet market has been transformed by humanisation of pets,” David Sprinkle, Research Director at MarketResearch.com, was quoted saying by the New York Times.