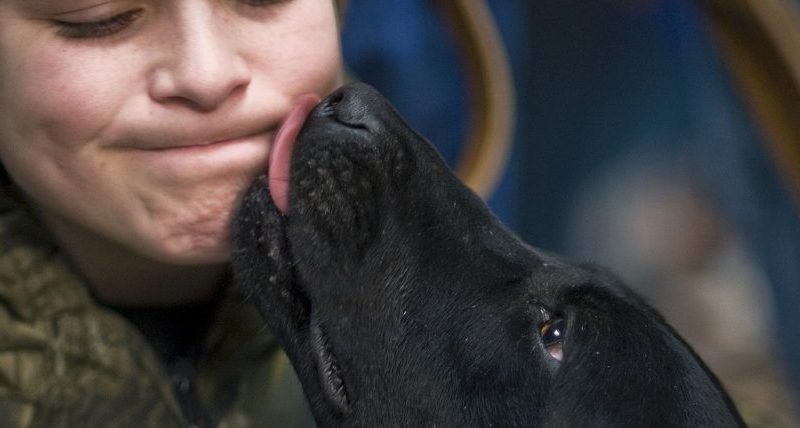 Charlie Brown is so right when he said, ‘My dog is my everything’. Yes, they are your playmate, friend, confidante and partner in crime. Literally everything! Most people will probably get offended if you call their dog as a dog. They will heatedly state – don’t call him a dog, he has a name and he is my baby!

While we proudly say that our dog is our child do they reciprocally see us as their parents or caregivers? To solve this dilemma a team of Austrian researchers from the University of Veterinary Medicine, Vienna conducted a study to learn more about dog behaviour especially of adult dogs and observe the way they respond to their owners.

They used a theory called the ‘secure base effect’ which is basically a theory that children function better around their environment when they are secure in the presence of their parents. This security that they feel under their parents influence help them in cognitive functioning and help them to perform better in their daily activities.

To discover if dogs also show similar behaviour with their caregivers, the researchers queued up a set of situations for the dogs. They analysed the dog’s reactions in the basis of three conditions; absent owner, encouraging owner and silent owner.

By tackling interactive toys, the dogs would earn food reward. It was observed that the dogs seemed less inclined to work for their food when their caregivers were absent than when they were present. Another interesting fact to note was that irrespective of their owners encouraging them during their work or whether they remained passive had least influence on their level of motivation. They were secure with the knowledge that their owners were around when they were busy trying to solve the puzzle to get to the food treat.

To further determine if it was the owner’s presence or just the presence of any other human increased the dog’s motivation, the researchers did a follow-up study but this time around with strangers. They observed that the dogs were not interested in interacting with the strangers and were motivated to work for their food reward only when their owners were present rather than strangers.

The findings of the research points to the fact that dogs need the presence of their owners for them to behave confidently around their environment. So, there is not much of difference between dogs and children isn’t it? Both derive comfort and security in the knowledge that their parents presence is enough for them to explore their environment in a confident manner!