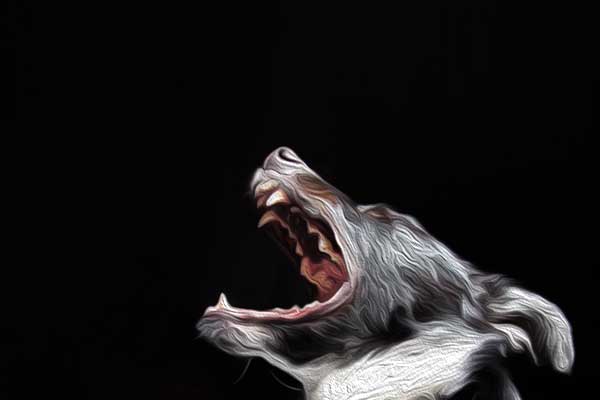 Barking is a component of a dog’s language. It may be annoying to humans, but it is meant to communicate something. Given our desire for fast and easy solutions we might just shush the dog and not really listen to what he/she is saying to us.

Unfortunately this can result in the dog feeling unheard, who then resorts to more barking, a bit like us shouting when we feel unheard. Alternately a dog may end up looking for other forms of communication such as biting, or outlets for frustration. The first step in resolving barking issues is to identify what the dog is trying to tell us.

All barks are not the same. Let’s analyse six different kinds of barks as documented by my teacher Turid Rugaas in her book Barking: The Sound of a Language.

Excitement Barking: It’s a high-frequency hysterical-sounding bark. It can be accompanied by whining. One observes it when a hyper dog is highly aroused, like when people come home or the dog is going out in a car or there is another dog in sight.

Warning Bark: It’s a single “woof” sound meant to convey a warning. It’s not going to be loud and prolonged. But it has an important message. Often people don’t even notice this bark. So a dog feels like his/her message was ignored and then takes charge of the situation. This can result in aggression or a full-fledged barking problem. Acknowledge warning barks.

Fear Barking: This is a long series of high-pitched barks, similar to excitement barking. But you can sense the dog’s fear. The bark could end in a howl. A classmate of mine once explained this: “When a dog has fear in his voice, you just know it!” What a dog is afraid of is hard to predict and sometimes hard to understand. But it’s important to accept it and respect it. A dog will take time to overcome his/her fears. It’s important to note what s/he is expressing fear towards and give him a chance to get away from it.

Guard Barking: This type of barking occurs when a dog feels the need to defend himself/herself against a perceived threat. The barking is often accompanied by plenty of growling. Due to the growling, it is often mistaken for aggression or dominance. But the need to defend oneself comes from a fear. It is a pity when such dogs are then reprimanded or dominated. It pushes them further into a corner and can force them to go into a shell or snap back. A dog that feels a need to guard has to be removed from that position immediately. Further training can help the dog learn to be less fearful in such situations.

Frustration Barking: This is a monotonous bark that keeps repeating and sometimes ends in a howl. It is born out of boredom or utter frustration. Such dogs are crying out for help. They need mental stimulation or need some serious reconsideration of their lifestyle. A behaviorist should be able to help in such a situation

Learned Barking: Such barking can be recognised by looking at the dog. The dog will bark and then keep looking back at people to see what reaction he/she is getting out of the people. He has learnt that barking gets him a certain reaction. Giving him any reaction, including yelling at him, gives him exactly what he is planning on getting. Work with a behaviorist to correct this behaviour. But do not reprimand him. That will make matters worse.

Article written by Sindhoor Pangal. She is a Canine Behaviour Counselor and founded Bangalore Hundeskole. She studied dog behaviour in Norway & USA and is a member of Pet Dog Trainers of Europe.