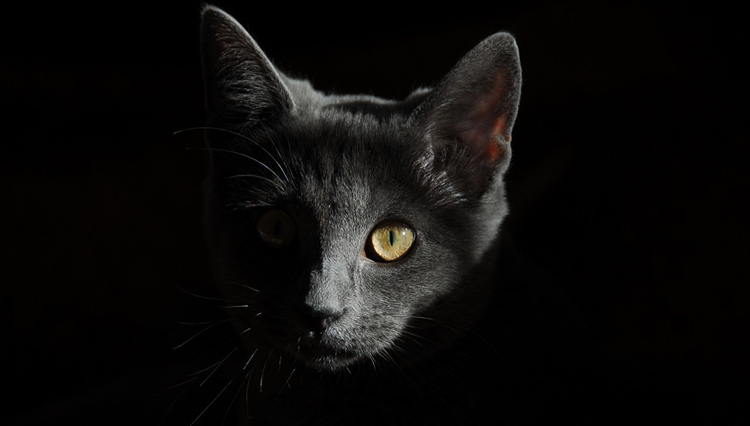 A black cat crossing your path during a road trip or journey is bad omen. We didn’t say so. This is the belief in many ancient cultures and countries across the world. India is no exception. Rather the thought is even more deep-rooted in our country. Let’s explore the origin of the saying.

The West fares no better when it comes to going by its own set of bad omens and equally bad logic. In fact, the ‘black cat’ one seems to have come from Egyptians. They, for some strange reason, put the blame on these dark creatures for bringing about misfortune. Back home, black is generally associated with Lord Shaneeshwara (Planet Saturn) – a deity believed to be the harbinger of adversity. As a natural extension, all things black were deemed doomed.

But then, most of these contemporary superstitions did have a logical explanation in the bygone days. So, what’s with the black cat and us?

Bullock and horse-drawn carts were the most popular mode of transportation in ancient India. When the cart was moving forward in any direction, there was the likelihood of a cat (not just a black one, but anything from the family, such as tiger, jaguar and panther) crossing your path.

Now, men wouldn’t be fazed if from a warrior clan. Unfortunately, the same can’t be said about domesticated bullocks, mules or horses. It is but natural for the animal to be frightened by the sudden sighting, after which it had to be pacified. It consumed time. And made sense.

The other fact was the crossing of a domesticated cat also indicated the proximity to a human settlement. Nobody in their right mind would want to run over people. Hence, the reduction in speed. What was more a practical arrangement turned into blind faith and superstition in the ensuing centuries, for no rhyme or reason.

So, what are you going to do the next time a black cat inadvertently crosses your path?