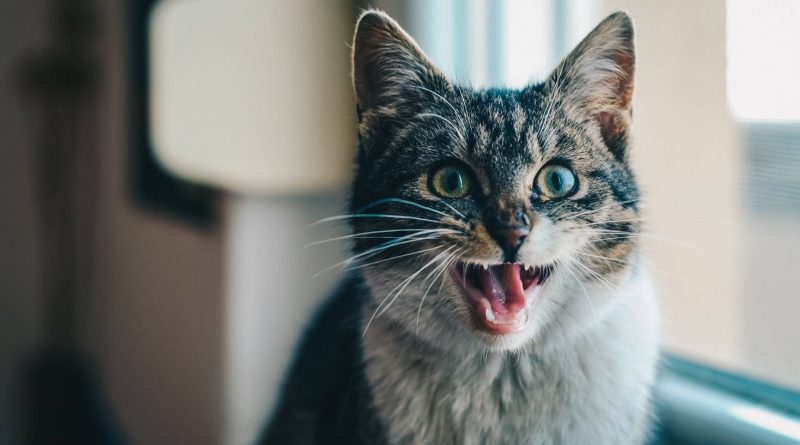 Your cat’s day is very peaceful until that moment when your dog decides to playfully sniff and try to get them to play. That’s it, your cat has had it! He is on his feet, arches in back, ears shoot up, mouth is open and his tongue is curled. Then you will hear the sound of hissing. What does it mean? Why do cats hiss? What should you do when they hiss?

The origin of cat hissing

Feline behaviourists believe that cats have learnt to hiss by copying the sound made by snakes. Imitating the sounds made by other animals is a survival technique that is used by many animals. When they hiss, it means they are issuing a warning that must be heeded by other animals.

What is running in a cat’s brain when they hiss?

When a cat hisses they usually feel confused, unhappy, surprised or fearful. When they have such mixed feelings, their adrenaline is pumped up and is flowing because they are startled and scared. Following their natural instinct, they hiss.

Why do cats hiss?

There are many reasons why they do, here are the most common ones:

What to do if a cat hisses at you?

Firstly, understand that when your cat hisses they want you to know that they are feeling vulnerable, frightened or they might be in pain. Just give them some time and leave them alone for a bit.

If your cat hisses while you are petting them then it’s a sign that they are being overstimulated. Stop petting them and give them some space. Always observe their body language before approaching them. If their tail starts twitching or when they look at your hand then maybe it’s time to stop petting them.

Teach your kids not to touch the cat when they hiss, this will stop them from succumbing to unwanted injuries.

To sum it all up, a cat’s hiss is a gesture to inform other animals to back off. Once you adhere to their restricted boundaries and their ‘petting threshold’, the lesser hisses will be issued at you!