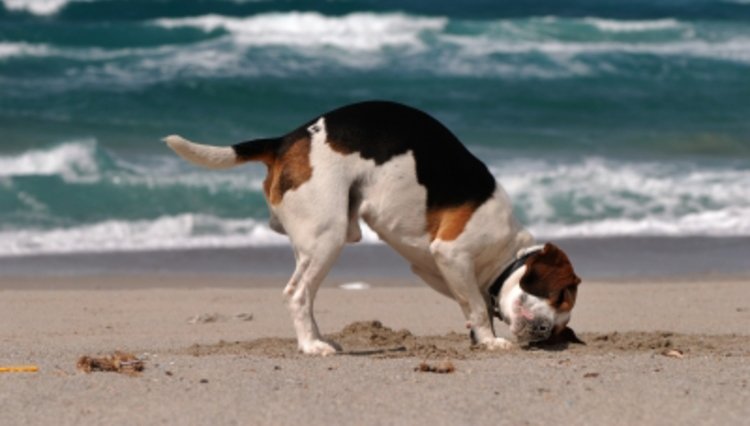 You would have got bemused during those morning walks with your canine companion as to why he is hell-bent on rolling in that stinky, gooey mess of a garbage, dung or carcasses.

There have been several theories floating around to explain why. One is: dogs try to communicate with other members of its pack about its discovery. Another goes that they attempt to cover the slush with a trace of their own scent, in a way to mark their territory.

But there seems to be some definitive hereditary trait on display here. “It is certainly true that dogs and wolves will often roll around on something, like a stick, a new dog bed or such, as if they were trying to deposit their scent on it,” asserts Stanley Coren, psychology professor at the University of British Columbia and a renowned author of books on dog behaviour, such as The Intelligence of Dogs, Why Does My Dog Act That Way?

The explanation which makes the best evolutionary and adaptive sense, continues Prof. Coren, “is that this stinky behavior might be an attempt at disguising the dog. The suggestion is that we are looking at a leftover behavior from when our domestic dogs were still wild and had to hunt for a living. If an antelope smelled the scent of a wild dog, or jackal or wolf nearby, it would be likely to bolt and run for safety.”

For this reason, concludes Prof. Coren, wild canines learned to roll in antelope dung or carrion … this allows the wild hunting canine to get much closer to its prey.